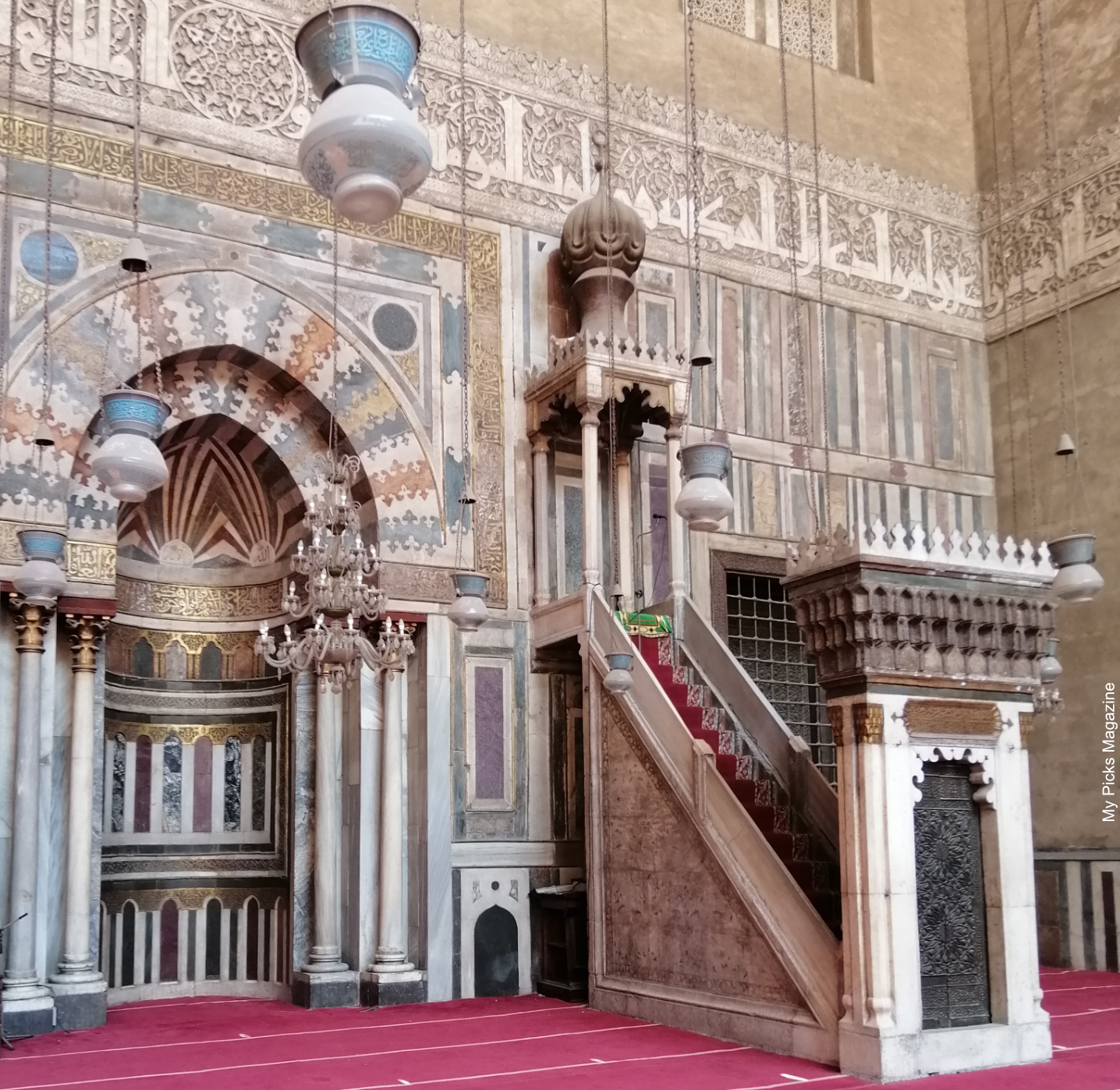 Sultan Hassan complex is one of the most beautiful mosques in the world that features Islamic Mamluk architecture. Despite the elegance of the mosque, it has a tragedy and a mystery for its owner. Sultan Hassan Mosque is a must-visit and a highly recommended destination for anyone seeking to explore the Islamic monuments in Cairo.

How The Sultan Built The Mosque

This massive mosque was built by a Mamluk ruler, Sultan Hassan, son of Al Nasser Mohamed Ibn Qalawoun, the owner of the mosque located in Salah Uddin citadel. Building the mosque took seven years between 1356 and 1363, and its cost exceeded one million dinars. Historians reported that Sultan Hassan said he would have abandoned finishing the mosque, but it would be a shame if people said that an Egyptian sultan could not complete the mosque that he started. To build this piece of art, the sultan brought skilled craftsmen who came from different destinations in the world from the Mamluk Empire, no wonder it is known to be the finest Mamluk piece in the world.

The mosque faced many challenges to stand tall between us till this time, from building the mosque till finishing it and even after years. Al‑Maqrizi, the historian, wrote about the building operation of the mosque, saying that the plagues that affected people at that time did not inhibit finishing the mosque. Sultan Hassan himself was assassinated before completing the mosque, but one of his officials, Bashir Al-Gamdar, completed the mosque or this massive Islamic building. One of the challenges was when many sultans were about to destroy the mosque, it was close to the citadel, and enemies were using it as a fort to attack the citadel from it.

The complex of Sultan Hassan Mosque and Madrassa is located in Salah al-Din Square or (Midan Al‑Qal’a). The length of it measures 150 meters, 68 meters width, and its height measures 36 meters. After entering the mosque, there is a long passageway that leads to 4 iwans (teaching rooms) as the building has another purpose besides being a mosque; these four iwans were built to be dedicated to the four Sunni Islamic schools or Madrassas to teach Islamic religion. They are connected with a courtyard (Sahn) where a fascinating domed ablution fountain is found in the center and adorned with verses from Quran.

Among the four iwans, the eastern iwan is the greatest. It is also called Al Qibla iwan and is connected to the mausoleum. Its wall is charmingly decorated with a band of Quran written in Kufic calligraphy style, and the script is adorned with beautiful floral patterns. This iwan is distinguished by the Mihrab-Prayer niche that leads to Al Qibla in Mekkah- that its wall has an attractive mosaic and golden Arabic calligraphy. Near the Mihrab, there is a stunning Minbar (pulpit), decorated with marble, and has an elegant bronze door with golden Quran verses above it.